Universities tend to talk of research as though it only starts at graduate level and this is a big mistake, says the University of Johannesburg’s Deputy Vice-Chancellor: Academic, Professor Angina Parekh. She was addressing a delegation of senior executives of public universities at the USAf-ACU Symposium on Developing the Capacity of Early Career Researchers of 18-19 March 2019.  During a session titled ‘’Reflections on Current Interventions in South Africa’’, Professor Parekh argued that institutions should be introducing students to statistics and research methodology during their first year of undergraduate studies. She also suggested that in that period, students should also be exposed to quality mentoring from established researchers.  She said even though there was no state funding mechanism earmarked for research support at this level, “we need to nonetheless begin to cultivate appreciation for research early in the process.”

In this regard, Prof Parekh was echoing what Prof Tshilidzi Marwala, Vice-Chancellor at UJ, had put to the delegates as he welcomed them to his host institution. Prof Marwala had said that research must start at the elementary level – with undergraduates assisting established scholars and learning in the process. “We need to encourage that at our institutions, if we are to grow talent for the research enterprise.”

Prof Parekh said she had a concern with one of the conditions that are attached to the SARChI (the South African Research Chairs Initiative) chairpersonship, that candidates be freed from teaching. She argued that by taking top researchers such as the SARChI chairs out of the teaching equation, “we run the risk of side-lining them.” There was another enormous risk involved. “We afford so much prestige to research that, as a consequence, a lot of high-end academics do not teach. As a result, we’ve overwhelmed our young lecturers and shot ourselves in the foot.”  She said this as she cautioned against creating more problems than solutions, and warning higher education leadership to think more carefully about their approach to developing early career researchers. 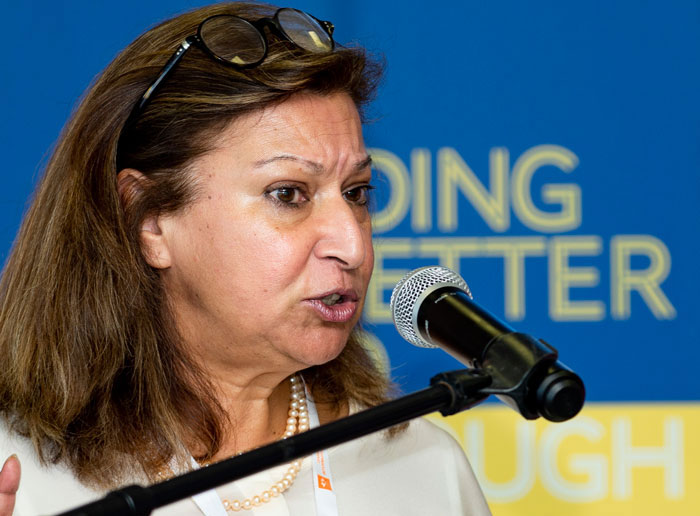 “We afford so much prestige to research that as a consequence, a lot of high-end academics do not teach. As a result, we’ve overwhelmed our young lecturers with enormous workloads and shot ourselves in the foot,” Prof Parekh said, cautioning higher education leadership against creating more problems than solutions for the sector.

Professor Parekh said at a recent UJ workshop where this matter was being addressed, the biggest resistance to teaching was evident in professors. The DVC: Academic said even though no one doubted the importance of this USAf-ACU symposium, by championing research as a distinct activity from teaching, the sector was sending a wrong message to new entrants to the system. “They are increasingly perceiving teaching as a burden.  Our young academics are beginning to see research as the more prestigious leg to be pursued… We must seriously explore how research needs to feed into teaching.  Senior researchers must contribute to the knowledge enterprise. Ultimately, we must distribute the workload.”

Debates on the teaching/research divide

Asked whether the teaching/research tension could not be addressed through better differentiation in the system, Prof Parekh responded that even the differentiated model was problematic.  “Whether an institution is a teaching or research-intensive university, each does both. We cannot place so much emphasis on research that it undermines the other leg in our core functions.” Citing the National University of Singapore that had differential pathways for teaching and research, Prof Parekh said “in South Africa we do not have the luxury to separate those pathways. To develop research we need a critical mass of teachers.  Now we’ve created a situation where in the teaching pathway, the highest that staff can ascend to is associate professorship. They do not make it to professorship at all. As a result some youngsters are beginning to say they might as well choose the research route.” She therefore saw the combined track as being the most appropriate option for South Africa’s higher education system. 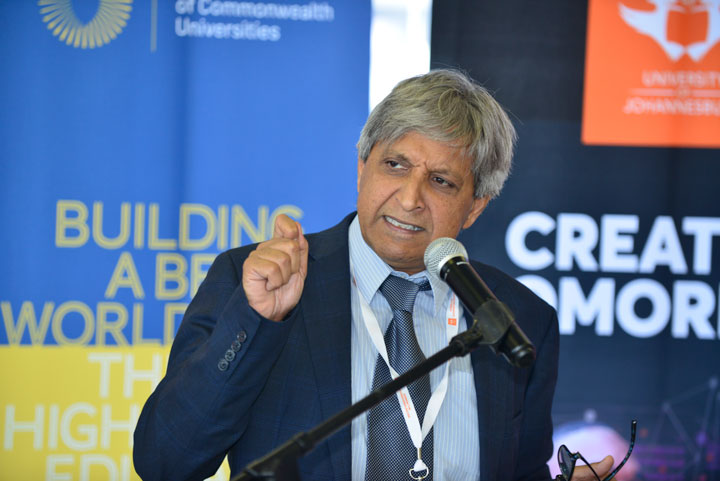 “Could the teaching/research tension not be addressed through differentiation in the system?” Prof Habib asked.

Research-intensive institutions support promotion of both teaching and research

In fact, on Day One of the symposium, the ACU’s Programmes Director, Mr Ben Prasadam-Halls had asked the plenary why it was that DVCs Academic and DVCs Research were working in silos in the South Africa system. “Is there room for those two arms to join up a little more?” Dr Robin Drennan, Research Director at the University of the Witwatersrand, had responded that “I don’t have an answer for why that is, but at WITS the two work together very well. It is very rewarding to see the outcomes of that collaboration. It is a problem in many institutions but with a bit of planning and care, dual promotion of teaching and research is doable, with tremendous benefits to the institution.”

Prof Mary Jean Baxen, DVC: Academic at Sol Plaatje University said SPU did not have a DVC: Research, “so I look at career path development in its totality as opposed to foregrounding research. The model we use to produce PhD is exclusively around obtaining a PhD as opposed to training in the academy. Our PhDs do not teach whereas elsewhere these candidates are inducted into and integrated into the academy. Could we look at a model that will do things right, so as not to privilege research in inducting people into the academy?”

From Stellenbosch University, Dr Therina Theron, Senior Director: Research and Innovation, said that the DHET had recently merged the Teaching Development Grant and the Research Development Grant to form the University Capacity Development Grant. This had strengthened the collaboration between research and teaching development support at universities. “The DHET did us a favour by combining the two grants. Now we officially refer to early career academic development instead of separating research from teaching, and we provide more holistic support and mentorship to our early career academics.” 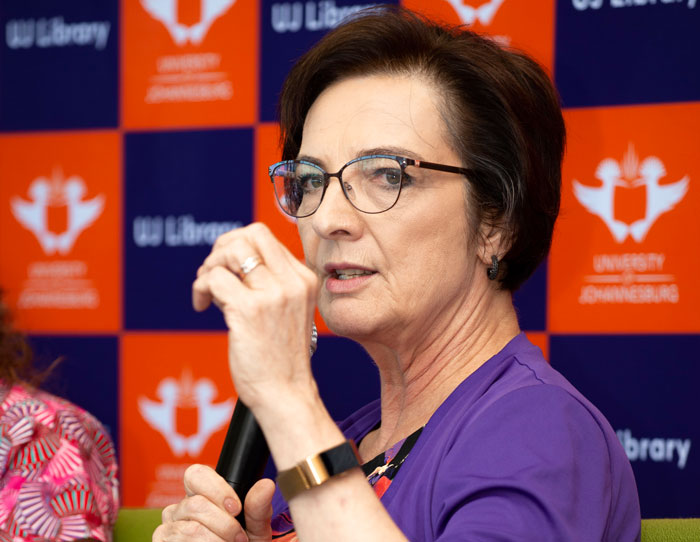 “At UP, we address both teaching and research in our staff development programmes,” Professor Stephanie Burton, Vice- Principal: Research and Postgraduate Studies at the University of Pretoria said.

In addition to ringing the caution above in the context of ‘’Reflections on Current Interventions in South Africa,’’ Dr Parekh also showcased UJ’s journey through the development of academics from 2005 when the merger of the Rand Afrikaans University, a technikon and distance campuses of Vista University gave birth to the University of Johannesburg.  The conference also heard of academic development schemes being run at Stellenbosch University’s African Doctoral Academy; the University of Cape Town’s Researcher Development Academy and the University of Pretoria’s African Science Leadership Programme.