Welcoming the scholars to the gathering, British Council Country Director Mr Colm McGivern noted that these scholars were leaving South Africa at a time when their home country was grappling with pressing issues, such as student demands for the decolonisation of the higher education curriculum. He stated that there was not a single issue that could not benefit from an international perspective.  “Once you’re in the UK means you can imbibe the major issues with the oxygen that an international perspective can bring. You will be able to channel some ventilation into some dark arguments in our home country.”

He observed that the scholars were set to arrive in the UK at a real historical moment as that country prepared to exit from the European Union. Their presence in the UK would contribute to this transition. McGivern promised the scholars an amazing time in the UK and encouraged them to take a break from their studies, now and again, to see other parts of their host country. “Take a boat to the Northern Island, see Scotland. Learn and share with other people. You will return a lot more enriched and, upon your homecoming, be ready to face a remarkable future in South Africa.”

A keynote speaker at this event was the British High Commissioner to South Africa, Ms Judith Macgregor, who expressed Britain’s immense pride in contributing to the Commonwealth Scholarship Fund. She appealed to the scholars to become advocates for the British government, which was investing millions into research. “We have a Newton Fund Programme to which Commonwealth countries and we contribute equal amounts”, she added — referring to the £30 million invested each by Britain and South Africa to advance research in areas including health, food security, climate change, sustainability, and big data (large amounts of data, structured or otherwise). An important feature of the Newton Fund Programme was its mobility component, which allows scholars to partner and meet up in pursuit of research in any of these and other fields.

In conclusion, High Commissioner Macgregor advised the scholars “to stay relevant to yourself, to what you’re going to do, and to your country”.

On behalf of Universities SA, Chief Executive Officer Prof Ahmed Bawa acknowledged the critical value South Africa derived from this partnership. “Our university system is very small. The bulk of PhDs is produced by six universities. Going out to study is therefore critical and is, for our country, a wonderful opportunity to bring back a rich sets of ideas and philosophical foundations to help build a much more diverse knowledge system here.” Prof Bawa emphasised that the challenges faced by South Africa — those of inequality, racism, public health, water and energy security — were not just national but global in nature. “We, therefore, need to take a global approach to addressing them. We need to think of how our research can address all these challenges, not just here, but across the globe.” That said, the alumnus in him reminisced about his own cultural exchange experience, drawing from when he studied at the University of Durham in the mid-1980s. This was at the height of apartheid when Indians in South Africa could only study at the then University of Durban-Westville. He shed light on the social support he and his family had received while he was studying in the UK, and also the anti-apartheid support afforded South Africa during that period. He reminded the scholars that “South Africa needs you. See this as a commitment to your country. Come back and make a hugely valuable contribution to the national system.”

The Commonwealth Scholarship programme in South Africa goes as far back as 1959. To date, well in excess of 750 South African graduates have obtained Masters and Doctoral degrees through this fund. South Africa so values international scholarships that the Department of Higher Education and Training (DHET) has established a dedicated scholarships division to manage all scholarships in order to give available post-graduate study opportunities the necessary attention — this according to the Director: Scholarship Management, Ms Ruth Roberts-Chen, who also attended the pre-departure event. Acknowledging the contribution made by USAf to manage the Commonwealth Scholarship, Roberts-Chen said that as from 2017 her division would work a lot more closely with USAf in order to ensure that South Africa competes more effectively for the available opportunities. She added that South Africa was pleased to have also started, as from 2015, to host students from other Commonwealth countries “to study on our shores”. To that end, South Africa was handling applications from 20 Commonwealth countries choosing to make this a study destination.

Whilst acknowledging that studying overseas was not easy, Roberts-Chen stated that she had seen scores of students succeed, thanks to “positive, resilient attitudes. The network that you create for yourselves should support you over there. I wish you well, and know you will make the most of this experience.” 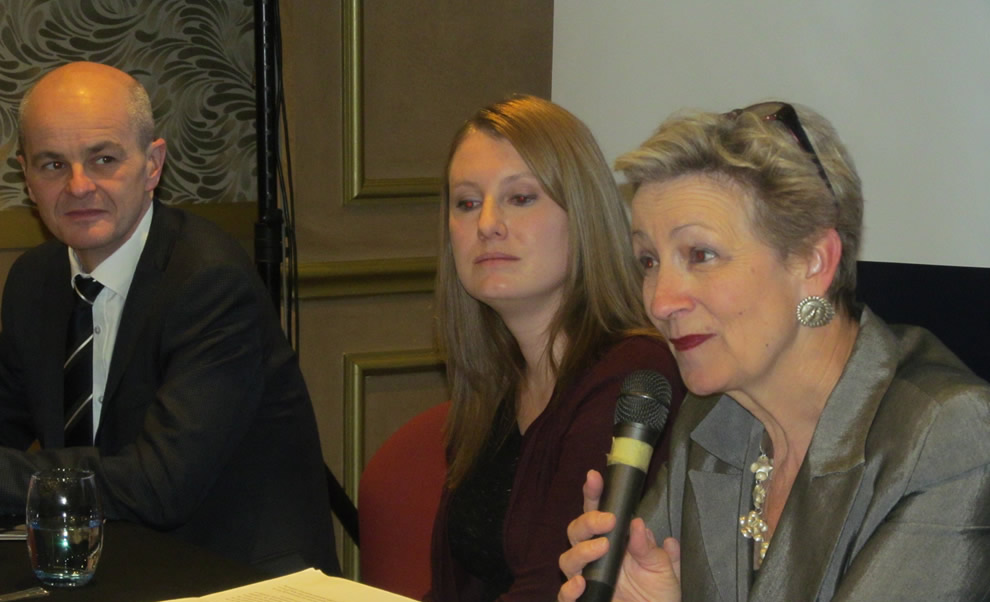 Half of SA’s 2016 awardees, flanked to the far right by staff from the British Council, and to the far left by Prof Ahmed Bawa, USAf’s CEO and Ms Judith Macgregor, British High Commissioner.